In recent weeks, the cryptocurrency industry has dominated financial headlines due to the bankruptcy of FTX, a popular crypto exchange. As an exchange, FTX allowed people to buy, sell, and trade digital currencies.

The collapse of FTX began when reports surfaced about the company’s financial structure and levels of debt, which caused the price of FTX’s own “native currency,” the cryptocurrency issued directly by FTX, to plummet. As a result, hordes of FTX users demanded withdrawals of their money from the exchange. However, it turned out that FTX did not have the funds to cover billions of dollars’ worth of user withdrawals and obligations to creditors, due in large part to misuse of their customers’ money.

FTX’s declaration of bankruptcy sent shockwaves across the crypto and broader financial world. As the value of many cryptocurrencies including Bitcoin and Ethereum subsequently declined, other exchanges struggled to stay afloat, and investors lost billions of dollars. 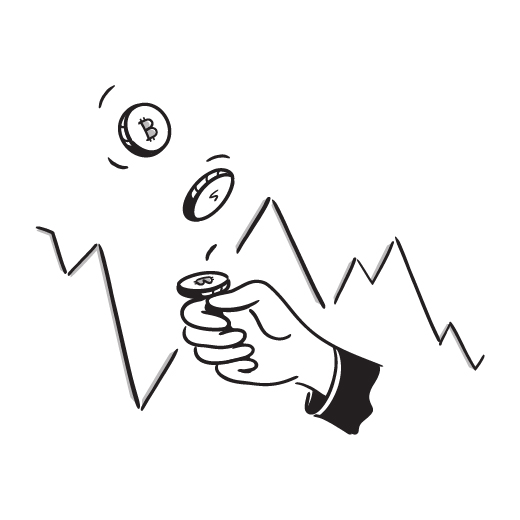 Although FTX’s downfall has been a large blow to the crypto sector, it is not the first sign of struggle for the industry. Back in late 2021, initial reports of high inflation in the US caused concern among many investors about how the economy would react. Bitcoin, which is by far the largest digital currency in the world as measured by market capitalization (the current value per share of a stock or coin multiplied by the number of shares that have been sold in the market), peaked at roughly $68,000 per share in November 2021. The price of Bitcoin then declined by 19% in December 2021 and another 17% in January 2022. Ethereum, the second largest cryptocurrency, also experienced drastic price drops. Over the past year, Bitcoin and Ethereum have each lost approximately 75% of their value as investors have sold off shares en masse.

The huge price declines of many cryptocurrencies over the past year bring to mind the concept of herding. This is the phenomenon in which humans follow “the herd” and mimic the actions of the people around them, based on the assumption that those other people have a full understanding of what they are doing. This is a commonly held bias in many aspects of life but can be particularly perilous in the financial sector when investors buy what they believe other people are investing in without analyzing the investments themselves.

On a large scale, herding can lead to market bubbles, which involve the extreme overvaluation of an asset, and subsequent market crashes when the bubble “bursts” and the price of the asset plummets. For example, herding played a large factor in the “dotcom crash” of the early 2000s, and more recently in the bursting of the crypto bubble in late 2021. The dotcom bubble was driven in large part by the excitement around the popularization of the internet and so-called “internet companies” that provided online shopping, communication services, etc. The development of this new technology led to very high growth and profit expectations for internet company startups. Consequently, professional investors, such as banks and venture capital firms, rushed to get their feet in the door. As more and more money funneled into these companies, their stock prices soared. And as the potential for large price increases became apparent, FOMO (or “fear of missing out”) grew among other professional and individual investors, leading to “panic buying.” However, the craze around the internet and its potential led many professionals to ignore traditional metrics and due diligence practices. So, when worsening economic conditions revealed flaws in several internet companies’ business plans and spending practices, the herd pivoted to “panic selling” and the bubble burst. As a result, many of the new companies, such as WorldCom and Pets.com, went out of business, and many investors, professional and non-professional alike, lost a lot of money. 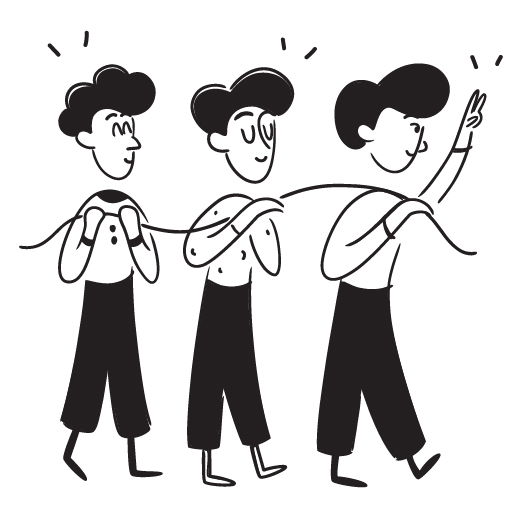 Herding in the crypto markets was similarly driven by the actions of professional and non-professional investors. Many well-known and highly regarded financial firms such as Sequoia Capital and BlackRock sank billions of dollars into FTX and other crypto-related companies. Additionally, celebrities such as Larry David and Matt Damon appeared in commercials for FTX and Crypto.com, respectively. The FTX commercial invited herding, claiming that the exchange was a “safe and easy way to get into crypto” and urging viewers to “not miss out.” Prior to FTX’s downfall, professional athletes such as Tom Brady and Stephen Curry joined the company as brand ambassadors and promoted the platform. Cade Cunningham, the number one overall pick in the 2021 NBA draft, even went so far as to take a large portion of his signing bonus in Bitcoin via a sponsorship with the crypto lender BlockFi. BlockFi, which had close financial ties to FTX, declared bankruptcy itself earlier this week in the wake of FTX’s collapse. Between all these influences, it’s easy to see how more and more non-professional investors were drawn to crypto.

In the same way that the internet was the exciting new technology of the late 90s and early 2000s, cryptocurrencies and the blockchain have been a large focus of media attention over the past few years due to their increasing popularity and potential applications. Simply put, blockchain technology allows for secure, decentralized, and fully transparent digital recordkeeping. As one of its most widely known uses, blockchain supports the production and trading of cryptocurrencies. From the excessive optimism with a new technology, to investors jumping on the bandwagon to not miss out on the potentially massive growth of a young industry, to the eventual mass selloff, there are many parallels between the dotcom crash and the movement of crypto prices over the past year. However, it is important to remember that some of the internet startups of the late 90s and early 2000s, such as Cisco and Amazon, survived and have since flourished. Similarly, many cryptocurrencies have not completely collapsed (Bitcoin is still worth around $16,000 per share) and may well survive and grow over time.

Crypto is a relatively young industry, and the bankruptcy of FTX illustrates that actions in one part of the market can have significant ripple effects across the rest the industry. No one knows the future of cryptocurrency or blockchain technology, but for now it remains an unregulated and highly volatile market. Because of this, any crypto holdings should only comprise a portion (and a small portion at that for most investors) of a well-diversified portfolio, to mitigate the risk of extreme price swings. There is no fundamental problem with taking large risks in the market. As always, the decision on whether to shift any portion of one’s portfolio into crypto, or any other highly speculative asset, is dependent on one’s goals, time horizon, and risk tolerance.

Finally, as humans, we are all subject to behavioral biases such as herding. Whether it is the CEO of a financial institution or a person with no investing experience at all, no one is immune. However, becoming aware of these biases can allow for improved reflection on one’s own actions and motivations. When media buzz swirls around an exciting new stock, coin, or alternative investment, it is important to take a step back and evaluate whether it truly aligns with your risk tolerance and goals.

Please feel free to contact your Park Piedmont advisor for any further information or discussion.