As has been discussed in many previous Comments, interest rates (also called yields) are typically higher on longer maturity bonds, to compensate for the greater price risk associated with having to wait longer to get the initial principal back, called “maturity.” At maturity, investors can buy new bonds at then-current interest rates.

When yields on longer bonds fall below those of shorter-term bonds, the investment community labels that an “inverted yield curve”, since the normal yield curve, with higher longer-term rates, has a positive slope. This is highly unusual, but happened during the last week in March. The following chart shows the normal slope of a positive yield curve (from March 2018), and the inversion of that slope with the current (2019) slightly negative spread between ten-year and three-month Treasuries. 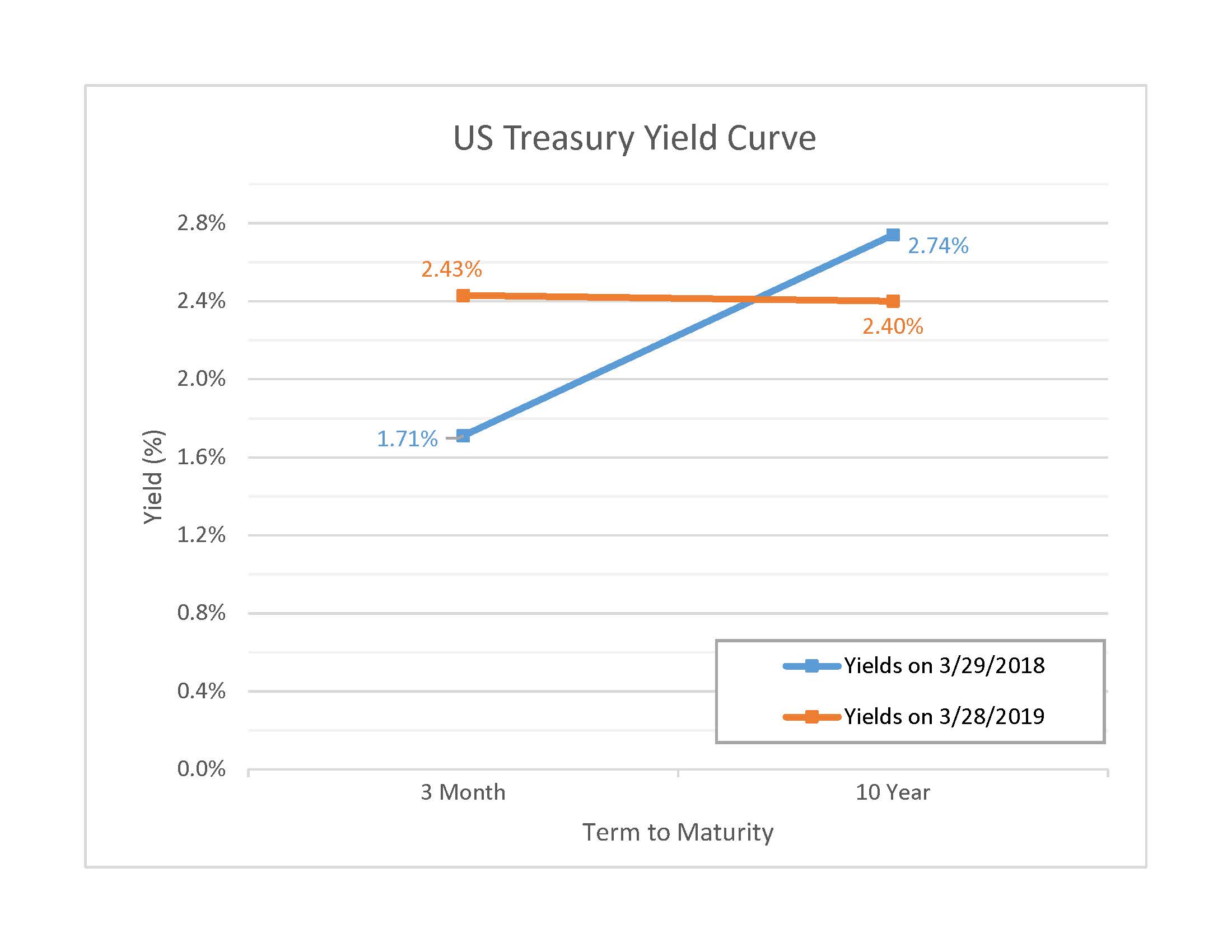 A recent New York Times article (NYT, 3/22/19, page B4) discussed this situation and its potential implications as follows: “[i]nvestors normally demand higher yields to buy longer-term bonds, and when those long-term yields decline it can signal a slowdown in economic growth. On rare occasions, long-term yields can actually fall below yields on short-term bonds, a ‘yield curve inversion’ in the parlance of the markets. Such unusual occurrences have preceded every recession over the last 60 years.”

The article continues by discussing the views of Duke Professor Campbell Harvey, whose research in the mid-1980s first showed the predictive power of the yield curve. “[Professor Harvey] stressed that an inversion must last, on average, three months before it can credibly be said to be sending a clear signal. If that does occur, history shows that the economy will fall into a recession over the next nine to 18 months. But even with the yield curve’s track record for predicting recessions, Professor Harvey emphasized that there was no such thing as certainty in economic forecasting. He is quoted as follows: ‘A model is just a model, it is not an oracle. It helps us the forecast future, but it might at any point fail.’”

To these observations we would add the following points: