Since the financial crisis of 2008, and the resulting stock market declines (which reached 60% on the S&P 500 index, from October 2007 to the low of March 2009), interest rates have been maintained at extremely low levels by the US Federal Reserve (the “Fed”). While the Fed controls short term interest rates (overnight borrowing rates by financial institutions), it is the buying and selling in the bond market that establishes longer term rates, including the benchmark ten-year US Treasury rate. Since October 2007 that rate has fallen, with some interruptions, to the current extremely low level of 1.85%. The actual progression of fairly consistent declining rates is as follows (all month-ending figures): 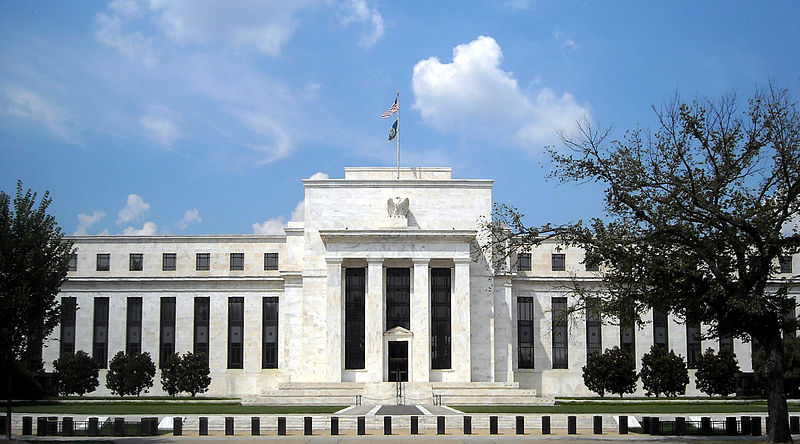 To begin the discussion, we will focus first on interest rates and their impact on the real economy. Since interest rates are a cost of doing business, lower rates should encourage more borrowing and more economic activity. That is the underlying idea behind the Fed keeping interest rates as low as they are in the US. It should also be noted that in parts of Europe and in Japan, interest rates have turned negative (below zero), with central banks charging commercial banks for maintaining deposits. This would seem to be the ultimate incentive to lend out money, and yet these economies, and the US to a lesser extent, are stuck with extremely low economic growth rates, now into the eighth year following the financial crisis of 2008.

Borrowers obviously benefit from low interest rates. Borrowers include national as well as state and local governments, all manner of businesses, and consumers buying goods and services and homes that qualify for financing (that is, paying off the purchase price over time). It is interesting to note that, in a period when borrowing rates are so low, many governments are unwilling to borrow further to improve infrastructure and otherwise invest in their respective economies, which would in turn add to economic growth. Of course the other side of this point is that the borrowing ultimately needs to be paid for with either higher taxes, or with additional borrowing at possibly less favorable future rates.

On the other side are all the people and businesses that have excess savings to invest, and are punished by ultra-low interest rates because they can’t get a decent investment return on their money. Businesses that are adversely affected include insurance companies, which rely on interest income to keep their premiums lower, and banks, which benefit from the spread between their borrowing costs and the interest they charge customers on their loans. In a recent Economist article about low rates in Europe, the conflict between trying to stimulate economic growth with low rates, and the impact of those low rates on savers, is presented well: “The conflict over the European Central Bank (ECB) has brought back tensions between Europe’s north and south that emerged during the euro crisis (with Greece). With their large current account surpluses, Germany and the Netherlands (and their citizens) are net lenders; low interest rates hurt them and help southern European countries which borrow more… But the Germans and Dutch seldom mention why the ECB is setting such low rates.  The Eurozone economy is barely growing, and may be on the verge of deflation, so that raising rates… could send Europe into recession. The chairman of the ECB said that “low interest rates are a symptom of low growth and low inflation, not the cause” (Economist, 4/30.16, page 47).

In addition to being a cost of doing business and a source of investment return for savers, interest rates have a direct connection with inflation. Inflation is the idea that the purchasing power of a given amount of money declines over time because of increasing prices. Interest rates are paid to savers as a way of offsetting the negative effect of inflation on purchasing power. The higher the level of inflation, the higher interest rates need to be to offset the impact of inflation. By the same token, low inflation allows interest rates to remain low. If inflation begins to rise, there is a case to be made for raising interest rates, which would conflict with keeping rates low to stimulate the economy. To further complicate matters, the same low rates designed to increase economic growth could end up creating too much growth, which would trigger inflationary pressures on prices, leading to an increase in rates.

This is the dilemma currently affecting the US Fed. “The Fed has held interest rates at low levels since the Great Recession, to stimulate economic growth by encouraging borrowing and risk taking. It started raising rates in December, seeking to reduce those incentives. But it paused as the economy appeared to weaken. Now it seems ready to continue” (NY Times, 5/28/16, pages B1-2). A second article in the Times stated that “the American economy is picking up speed after a slow start this year,… but the overall gains are still likely to fall short of what many experts would hope to see as the recovery nears the end of its seventh year. These crosscurrents highlight the challenge facing the Fed as they weigh whether to raise interest rates in mid-June, or wait until July or later in the year… Buried in the details of the gross domestic product report were signs that inflation was picking up to more normal levels after years of dormancy, with core inflation of 2.1%, just above the Fed’s 2% target” (5/28/16, page B2).

A NY Times editorial urging the Fed not to raise rates cited slow economic growth, recent disappointing job numbers, and inflation below the Fed’s 2% target, observing that “[r]ate increases are called for when economic activity is speeding up to the point of overheating, as reflected in an upward spiral in wages and prices. At its best the economy in recent years has managed to grow at an annual rate of about two percent, a moderate pace that has resulted in considerable slack in the job market. Raising rates in June would apply the brakes to a recovery that has never hit full speed and that now appears to be slowing.” The editorial also commented on the lack of government spending needed to “offset feeble spending and investment in the private sector” (NYT, Sunday Review section, 5/29/16, page 8).

Turning to the impact of interest rates on financial markets, there are a few key points to establish (this subject is likely to be discussed frequently in future months):