A few days before Thanksgiving, motivated by above-freezing weather and a late-afternoon urge for outdoor time, I bundled up and biked a couple miles to a favorite woodsy hiking trail.

Often when I walk this trail it is empty of other people, and so as I pedaled, I presumed the same would be true. But as I turned into the postage stamp parking area, a Nissan Sentra had gotten there before me.

It wasn’t long after I shed my bike and started my walk that a thought emerged: it’s actually pretty desolate out here.

Now, don’t get the wrong idea: I’m not saying something was definitely going to happen. But there was a possibility – remote, sure, but in my “city-kid” brain, non-trivial – that something could occur. Who else was out here with me? It probably wasn’t “Jason” – I don’t know that he would drive a Sentra – or anybody super scary, but … what if it were?

I had a thought, and the thought tinted my walk.

I laughed it off – mostly! – and continued walking through the forest of spindly, skeletal trees. Nailed to one was a sign acknowledging the generosity of two families who’d donated this land for perpetual conservation, while also preserving the trail as a public easement. The last part of the sign read: “Hunting by landowner’s written permission only. Hunter orange is advised during firearm season for deer.”

I looked down. My outfit, marked by a conspicuous lack of orange. And I had no clue when firearm season for deer started and ended.

Was it safe to keep walking?

In our contemporary culture, we are trained to be attentive – hyper-attentive – to things that might happen. The news cycle bombards us with mayhem and conflict. The worst that can be done to or befall humans.

That’s so often the case in the financial and investing news scape, as well. Headlines blare about risk and recession, declines and volatility. Lurking around every corner, economic catastrophe. There’s so much to be frightened of – and some of it may come to pass.

But much of it doesn’t. 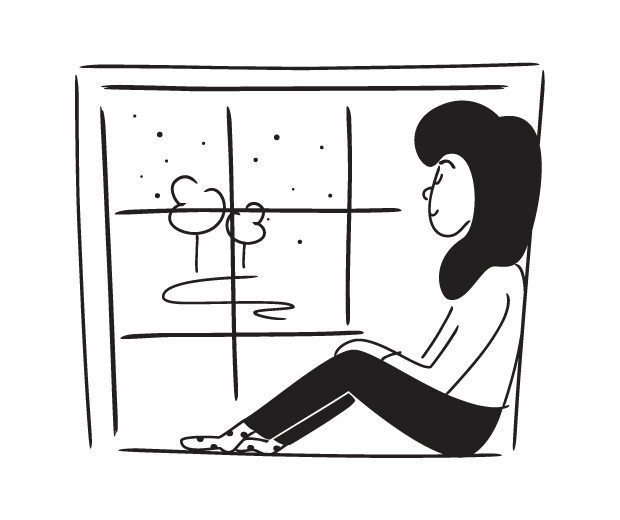 Sometimes our worst fears are not realized. Sometimes they stay figments of our imagination. I’m grateful for that.

I’m grateful to take a walk in the woods. This time last year, felled by a hip ailment, I was confined to a wheelchair that surely couldn’t make it over roots and leaf piles.

I’m glad my face is uncovered and grateful that many of us, including friends and colleagues, are able to travel to see their families for the first time in years.

I’m grateful for a bike whose brakes work, a road without too many potholes, and the crunch of leaves under my feet.

Lest we forget: I’m also grateful that the Nissan belonged to an older couple. When I met them along the trail, they were studiously focused on a single bud on a winter tree. They were improvising how to design an optimally dark background for an iPhone photo of the bud. In that great big forest, the object of their awestruck attention was the size of a raisin.

At this time, I am grateful for the ordinary. The everyday.

• • •
Happy Thanksgiving to our Park Piedmont clients and friends. We are grateful for the opportunity to walk alongside you as years go by.