After a miserable month of September when stock prices declined 8% and bond prices dropped 4%, we want to provide some context for what’s happened so far in 2022.

Accounting for the most recent few days of significant gains in October, the S&P 500 is down a little more than 20% for the year. Bonds have fallen about 15%. The bond price declines are in many ways much more dramatic than the stock price changes, as New York Times columnist Jeff Sommer wrote in his 10/2/22 piece entitled, “Bonds May Be Having Their Worst Year Since 1794!” (our exclamation point). The causes appear to be varied, including high inflation, supply chain disruptions, and war in Europe. 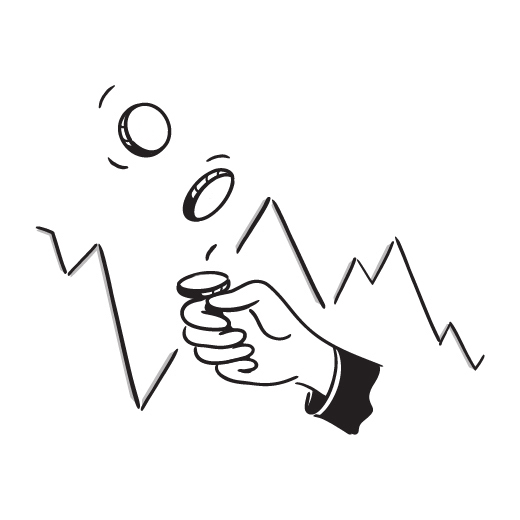 We’ve been working with clients for almost 20 years now (Park Piedmont started in 2003). We’ve lived through difficult times, for markets and the economy, and our American and global societies more broadly. We certainly don’t want to minimize the pain caused by large market declines, but we think it’s useful to present some of the guidance we provided during two previous challenging periods.

The main take-aways are as follows:

See below for time capsules of our advice during difficult times in 2009 and 2020.

January 2009 – Advice Amid the Depths

In 2008, stock prices declined 38%, due in large part to a financial crisis caused by a collapsing housing and home loan market. The recovery started in March 2009 after the US Federal government began to institute several reforms and, according to many, bailed out large financial institutions. It took until 2013 for the S&P 500 to recapture the level from the end of 2007.

It is highly appealing to think that investors can simply exit the risky asset classes when they are going down and return when they are going back up. Exiting is in fact the easy part. The difficult part is knowing when to get back in, because if you are out when the market begins to rebound, you could miss much of the return from any recovery that occurs.

In one recent study, the investment firm Jennison Dryden (JD) stated that “fears of further declines and market volatility make investors skittish, with many pulling money out of the stock market after absorbing much of the decline. But then they risk missing the subsequent rebound after the bear market ends, which historically has been very robust. Over the past nine bear markets (starting in 1957, through 2000-2002) … once the stock market discounts economic recovery, stock market returns have historically been quite substantial in the following year, followed by lesser returns in the following two years. Thus, it is important to be in the market, and experience those returns, when the market does rebound.”

The average of the nine bear markets showed declines of 32% from high to low, with duration of a little more than one year, and then an average recovery of 36% in the first twelve months. (Remember, however, that a decline of 32% reduces $100 to $68, while a subsequent recovery of 36% raises the value to $92, still 8% below the starting value of $100.)

The current bear market, which started in October 2007, provides an excellent example of the difficulty of market timing. From the lows of late November 2008, the S&P 500 had a 25% gain through January 6, 2009. People who sold as the market was declining would have had to decide whether the rally from the November lows was the time to get back in. If they did, particularly late in that brief rally period, they would have been looking at significant additional declines by the end of January. And if they did stay on the sidelines, guessing right that time, when would they decide to get back in, assuming they want to at least try to participate in the price gains that come with a recovery?

One last example of the difficulty of market timing was presented in Jason Zweig’s “Intelligent Investor” column in The Wall Street Journal, in which he cited a study of the Dow Jones Industrials from 1900 through the end of 2008. This study found that “the vast majority of the time, the stock market does next to nothing. Then, when no one expects it, the market delivers a giant gain or loss, and promptly lapses back into its usual stupor … If you took away the ten best days of the almost 30,000 days since 1900, the Dow would lose two-thirds of its cumulative gains over the past 109 years; conversely, if you took away the ten worst days, you would have tripled the actual return of the Dow.” Trying to pick any of those super-charged days certainly appears to us to be an exercise in futility.

In early 2020, the beginning of the Coronavirus pandemic led to a worldwide economic shutdown and stock price drops of 33% in two months. Due to massive infusions of cash by the US and other national governments, the S&P 500 recovered to the level from the end of 2019 by September 2020, just six months after the lows. Many observers attribute at least part of the current high inflation to the stimulative policies of the past two years.

We first note the continuation of the extreme negative impacts of the coronavirus on people’s health and their ability to conduct normal activities. This in turn has created major economic issues, as businesses around the world have had to curtail or shut down their operations, generating high levels of unemployment and creating all sorts of problems for those consumers and businesses dependent on their goods and services. There is little doubt that the impacts of the virus have been a major factor in the current substantial stock price declines in the US and worldwide, as well as a reason for the Federal Reserve to take actions that have driven US Treasury yields to historic lows, with mixed impact on other bond prices.

From its recent February 19 all-time high of 3,386, the S&P 500 stock index has been as low as 2,237 (March 23), a decline of 1,149 points, or 34%. This means we are currently at the start of the thirteenth bear market (defined as a decline of 20% from a previous high) since the end of World War II. What is different about this bear market is how brief a time it took to reach this level, which in turn brings us to the idea of volatility. Volatility refers to the extent to which prices vary around an average, either up or down, in a given time frame.

The danger of extreme short-term price volatility in the markets is that it gives investors a reason to “do something.” If in fact your long-term goals have not changed, the likely best action is to do nothing, relying on the history of stock price recoveries from bear markets, some even deeper than this one.

Of course, a health pandemic with no clear finish line presents major uncertainties for all. But reacting to the risk by following and acting on the day-to-day extreme ups and downs in the stock market does not seem to us to be that useful. And remember, your asset allocation away from stocks to bonds, tailored to your particular situation, provides risk reduction and a source of money as needed so that stocks need not be sold during periods of steep declines.

In our February 27,, 2020, Special Comments, we referenced a New York Times article by Ron Lieber advising people with long term investment goals to try to avoid taking action based on short-term fluctuations. Lieber wrote again on the same subject as follows:

“Current stock market activity [is] driven in part by out-of-control algorithms and professional traders with wildly different goals from everyday investors like you … Have your long-term goals changed today?  If not, there is probably no reason for your investments to change either … Your actual asset allocation may mean that the declines in your portfolio aren’t as bad as those flashing red numbers.”

The economic damage done by the “stay at home” policies being implemented to slow the spread of the virus seems certain to result in a recession (defined as two quarters of negative GDP growth). But the question remains whether current stock price levels already reflect this widespread expectation, so that when glimmers of good news appear about slowing the spread, providing reasons to think some relief is in sight, the stock market might be poised to recover.

Stock prices reflect investors’ and traders’ views of the future, both short and long term, which is perhaps a reason for ongoing price volatility, both up and down. Further, how long a recession lasts, and how much economic growth declines during the recession, are always crucial variables. At this point, it is anyone’s guess what the future holds on these matters.

Bonds are designed to provide a buffer for your investment portfolio, normally generating income and much lower price volatility as compared to stocks. Typically, the older people get, the more their investment portfolio allocation should be tilted towards bonds, even with some stock allocation providing a potential for growth in case they live a very long time.

Currently, bond price fluctuations are considerably lower than they are for stock prices. But interest rates are also very low for bonds, so the tradeoff between price stability and price volatility is particularly stark. Bond prices have come under pressure recently, even as interest rates have declined, because of perceived credit risks with bonds. The Federal Reserve has made it clear, however, that it is ready to support the bond market in a variety of ways (NYT, 4/1/20, page B1).

Bonds also provide a source of funds for everyone who needs to be using money currently, so that stocks need not be sold in periods of decline. This is a very brief discussion of a complex topic, but we believe the allocations away from stocks and into bonds, established in more normal times based on each client’s particular situation, are doing their job as intended.

To repeat our recent conclusion: We should all be aware that history may not repeat itself, and that the history we know is only one description of events that have happened, as compared to all those other versions that could have happened. PPA’s view is that the history we present to support a point of view is at least worthy of consideration. In the absence of better indicators, we repeat our consistent bottom line suggestion: stay the course and think long-term.

As always, please feel free to contact your advisor for additional discussion.