We’ve written extensively over the last few months about inflation, interest rates, and how recent changes have impacted the stock and bond markets.

This month we take up the effects of inflation and interest rate increases on real estate, which, along with an investment portfolio, is one of the largest assets many of us own.

We refer to the stock and bond markets as “liquid,” because stocks, bonds, and funds that own stocks and bonds are all inexpensive — a few dollars per transaction — and fast — cash proceeds can be available in a day or two — to buy or sell. This is a basic definition of financial “liquidity.”

Real estate, whether for personal or investment use, is an “illiquid” asset. Completing a real estate transaction can be very expensive — with broker fees and closing costs of several percent on properties worth hundreds of thousands or millions of dollars — and slow — closing periods typically start at two months. 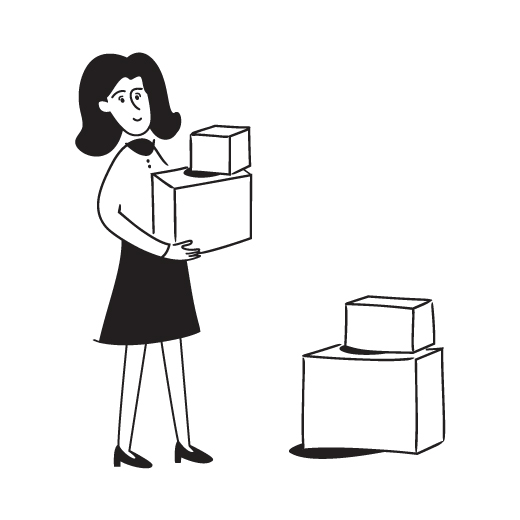 There’s nothing inherently better or worse about liquid or illiquid assets in an overall investment portfolio. Long-term returns for stocks, bonds, and real estate have all been significant, and PPA typically recommends having some of both, to the extent possible, as part of a broadly-diversified asset allocation.

But there are some significant differences between the two types of assets that are important to understand.

This measure of change in markets is known as “volatility.”

We typically think of bonds as being less volatile than stocks, but bond prices have declined very significantly in 2022 as well.

With the slower pace of real estate valuation, which typically requires a lengthy appraisal process, and transactions, large swings in the real estate market typically happen over longer periods of time than in the stock and bond markets.

Once declines start, however, they can still cause damage to your overall portfolio.

According to Conor Dougherty, a real estate reporter for The New York Times, “home prices are still at record levels, and they are likely to take months or longer to fall — if they ever do. But that caveat, which real estate agents often hold up as a shield, cannot paper over the fact that demand has waned considerably and that the market direction has changed.

“Sales of existing homes fell 3.4 percent in May from April, according to the National Association of Realtors, and construction is also down. Homebuilders that had been parsing out their inventory with elaborate lotteries now say their pandemic lists have shriveled to the point that they are lowering prices and sweetening incentives — like cheaper counter and bathroom upgrades — to get buyers over the line.”

Ronda Kaysen, Dougherty’s NYT colleague, reports that “prices are unlikely to take a nosedive, but cracks are showing. In the four-week period ending June 26, the median asking price for newly listed homes was down 1.5 percent from its all-time high this spring, and, on average, 6.5 percent of listings dropped their prices each week, according to a Redfin report.

“Demand is down, too. The same Redfin report found that fewer people were searching Google for homes and asking to tour properties. Mortgage applications were down 24 percent, and pending sales fell 13 percent from the same time a year earlier, the largest drop since May 2020, according to Redfin.”

Mortgage applications have declined in large measure due to recent interest rate spikes.

While rising rates can lead to price declines for stocks and bonds, they can have particularly large impacts on housing demand and prices, since most people borrow significant amounts — typically 70-80% of the purchase price — to finance home purchases.

The US Federal Reserve has raised short-term rates in 2022 from basically zero to 2.25% currently. The 10-year Treasury note rose from 1.5% in January to 3.5% in June. The thirty-year fixed rate mortgage has skyrocketed in turn, from just over 3% at the start of the year to almost 6% in June.

Variable rate lending has also been affected, with the US “prime” rate, which determines pricing on many home equity lines of credit (“HELOCs”), rising from 3.5% to 5.5% in 2022.

Many of our clients have also started using Pledged Asset Lines (“PALs”) for short-term financing, and the Secured Overnight Financing Rate (“SOFR”) and 30-day London Interbank Offering Rate (“LIBOR”), which underpin PAL rates, have increased from 0.05% in January 2022 to about 2.3% today.

The key point is that all these increases happened very quickly. That has led to the signs of dislocation in the US housing market mentioned above.

Stocks and bonds can be purchased through mutual funds and exchange-traded funds, which gather many investments in one place in an attempt to reduce risk by “diversification.”

Funds can be extremely broad-based, including Total World Stock Market funds and Total Bond Market funds. They can also focus on different countries, different size companies and bond maturities, and niches such as alternative energy and infrastructure.

But the common denominator is pooling investments to mitigate risk. Individual pieces of real estate, whether homes or investment property, lack the moderating influence of diversification.

But the geographic, economic, and emotional focus of the typical home, which comprises a large — if not the largest — percentage of many families’ overall financial situations, does create specific risks that need to be acknowledged and understood.

How to Proceed in Uncertain Times:

In terms of how to proceed in these uncertain times, if you don’t need to buy or sell real estate now, that’s probably a good place to be.

For buyers, according to Kaysen, “as the market cools, it could return to one that resembles a prepandemic normal, with homes that take a few months to sell and prices that increase gradually. Buyers may be able to start making a few reasonable demands — for appraisals, inspections and mortgage contingencies. And as inventory increases, they may even be able to compare a few options before making a decision.”

For sellers, on the other hand, “the time has come…to reset expectations. List your house today, and it is unlikely that 24 hours from now you will get to pluck an all-cash bid that’s $150,000 over list price from a sea of contingency-free offers.

“‘Those days are over,’ said Lawrence Yun, the chief economist for the National Association of Realtors. ‘Don’t expect multiple offers.’

“Your home may sit on the market for a few weeks and, if priced well, sell for around the asking price — which will be more than you would have gotten a year ago.”

“Several sellers he is working with would have sold their apartments in a matter of days if they listed earlier in the year. Now, some owners are considering a price cut, others are considering delisting until the fall and yet others have decided to rent out their homes to capitalize on the hot rental market.

“Renting, though, comes with its own challenges for sellers.

“‘Trying to sell a home with a tenant isn’t optimal for showings, and becoming a landlord isn’t much fun,’ said Mr. Dixon.”

Whatever your current real estate situation — from heavily-allocated in housing and/or investment properties to looking for your first home — please feel free to contact your PPA advisor to discuss how real estate might fit into your overall allocation, as well as how to finance any property you decide makes sense for you.